The 19th Symposium on Condensed Matter Physics will be held in Serbian Academy of Sciences and Arts, Knez Mihailova 35, Belgrade. 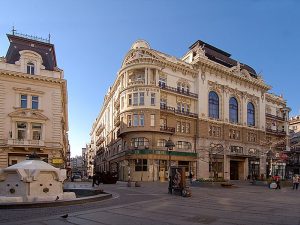 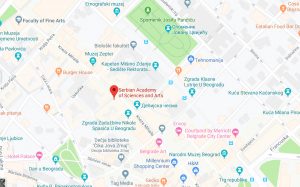 Also we provided few suggestions for you:

Belgrade (Beograd) is the capital of Serbia, and has a population of around 1.6 million. It is situated in South-Eastern Europe, on the Balkan Peninsula, at the confluence of the Sava and Danube rivers. It is one of the oldest cities in Europe and has since ancient times been an important focal point for traffic, an intersection of the roads of Eastern and Western Europe. The official language is Serbian, but visitors from abroad can use English to communicate.

Get to know Belgrade

Here are some ideas on tours and must-see in Belgrade

Places to visit in Belgrade

Important tourist information can be found at the site of Tourist Organization of Belgrade. You can also download the Belgrade Talking application to discover one of the most interesting destinations in this part of Europe in an interesting and simple way. You can check here how it works. A nice 3-minute video about Belgrade can be seen here. Below we have selected several interesting destinations that you might like to visit. 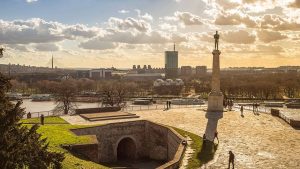 The Fortress was built in stages, during the lengthy period between the 1st and 18th century, from a Roman castrum, through a Byzantine castle and the remains of the medieval capital of the Serb Despotate, all the way to an Austrian-Ottoman artillery fortification. The complex consists of the fortress itself, divided into the Upper Town (Despot’s Gate, Sahat kula – Clock Tower, Roman Well, Statue of the Victor), Lower Town (Nebojša Tower, Amam – Turkish bath, Gate of Charles VI) and the Kalemegdan Park, home to busts of important persons from Serbian history, science and culture. The Belgrade Fortress offers an exciting view of the confluence of Sava and Danube, of New Belgrade and Zemun. The Belgrade Zoo, known as the Garden of Hope, is also located in Kalemegdan Park. 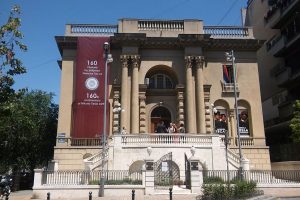 Nikola Tesla museum. The museum preserving the complete heritage of the greatest Serbian scientist and inventor Nikola Tesla is located in the heart of Belgrade. In accordance with Tesla’s last will and testament, his heritage was moved to Belgrade in 1951. The permanent exhibit consists of the original documents, books, magazines, plans and drawings of the greatest Serbian inventor. An interesting 3 minute video about Tesla’s work can be seen here. 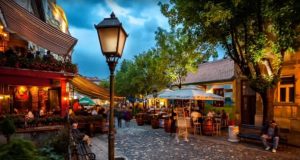 Skadarlija is a historic street, in an urban neighborhood in the downtown area of Belgrade. It is considered the main bohemian quarter of Belgrade from the early 19th century. This is the place to go if you want to get a feel of the atmosphere of Belgrade’s old times, cruise art galleries, shop for antiques or souvenirs, or taste the best of local food in the famous inns Tri šešira (Three Hats), Dva jelena (Two Deer), Zlatni bokal (The Golden Chalice), Dva bela goluba (Two White Doves). Skadarlijan inns or kafanas have hosted many celebrities over the decades, such as Alfred Hitchcock, Jimi Hendrix, Josip Broz Tito, King Juan Carlos I of Spain, chess player Anatoly Karpov and many others. It is most frequently compared to the Paris quarter of Montmartre, both because of its appearance and its happy and creative atmosphere. 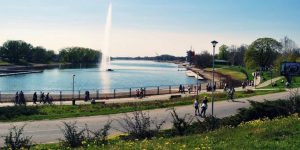 Ada Ciganlija is a river island that has artificially been turned into a peninsula, located in the Sava River’s course through central Belgrade. After stepping into Ada, you will enter the world of fun, relaxation and recreation situated in small, quite oasis in the middle of the city. During summer, Ada Ciganlija becomes like a small city with people come here to swim along the 7 kilometres of gravel beach, run, ride a bicycle, play all kinds of sports such as football, basketball, volleyball, tennis, baseball, golf, rugby, field hockey or lift their adrenaline levels with bungee jumping. For total relaxation you can just choose one of over 70 restaurants and cafes and enjoy hot summer afternoon while sipping cold drinks. 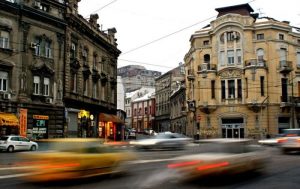 Savamala is one of the oldest parts of Belgrade, the first to be built outside the walls of Belgrade Fortress and the first that most visitors encounter as it is located next to the train and bus station. Savamala’s name comes from the river Sava and the Turkish word “mahala”, which means settlement or a small town. Today it is transformed into one of the most popular parts of Belgrade, known as an urban design neighborhood. This is one of the main points of the capital’s cultural life, home to several new art galleries and spectacular architectural jewels, such as the Geozavod building, the Bristol hotel, Brankov bridge, as well as many palaces of the Serbian nobility from the 19th century. One of Savamala’s most prominent venues is Mikser House, a design centre and performance space occupying a vast wood-floored warehouse which is definitely the place not to be missed. 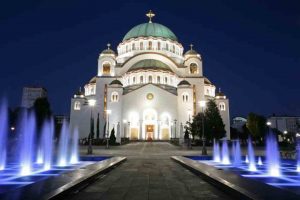 The Cathedral of Saint Sava (Hram Svetog Save) is the largest Serbian Orthodox church and also one of the largest Orthodox churches in the world located on the Vračarski Plato in Belgrade. It was raised on the spot where it is thought that in 1595 Sinan-Pasha burned the relics of Saint Sava, founder of the Serbian Orthodox Church. Although still under construction, this monumental temple represents an organic part of modern vivid image of Belgrade, being one of its main features. 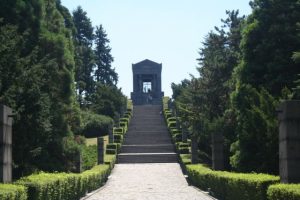 Mountain Avala is only 511 m high and lies just 18 km to the south of the center of Belgrade. At its top stands the Unknown Soldier Monument dedicated to Serbian heroes fallen in World War I. Avala was dominated for many years by a 195 m television tower with a viewing platform which was destroyed in 1999 during the NATO bombing. It was rebuilt and brought back into service in 2010, now 205 m high with a restaurant at a height of 120 m. Because of its proximity to the capital and its natural beauty, Avala is one of the top outdoor destinations not just for Belgrade’s residents but also for large number of tourists. 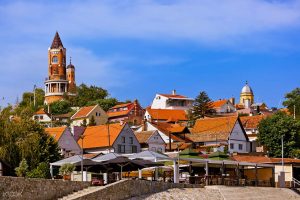 Zemun is a historical town and one of the 17 municipalities which constitute the City of Belgrade. Before 1934, it was a separate town but the development of New Belgrade in the late 20th century joined them together in a continuous urban area. The bank of the Danube is turned into Zemunski Kej, a kilometers long promenade, with various entertainment facilities along it, including cafés, amusement park and especially formerly largest hotel in Belgrade, Hotel Jugoslavija. The remnants of the old town which existed during battles between Kingdom of Hungary and Byzantine Empire in 12th century are known as Zemunski Grad (Zemun Town), today most famous for the old city center and monumental The Millennium Tower (aka Sibinjanin Janko Tower), the most recognizable symbol of Zemun. 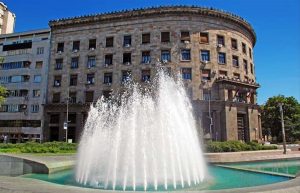 Nikola Pašić square is one of the central town squares named after Nikola Pašić, Serbia’s famous early 20th century politician and Prime Minister. It overlooks the monumental building of the National Assembly and itself extends into Belgrade’s longest street, King Alexander Boulevard. The urban and architectural development of the square started after World War II, when several new architectural features were built including the Trade Union Hall and one of the Belgrade’s largest fountains. Museum of Yugoslav History is located across the fountain and next to the square is the Pionirski Park as well as the buildings of the Belgrade City Hall and the Presidency of the Republic. 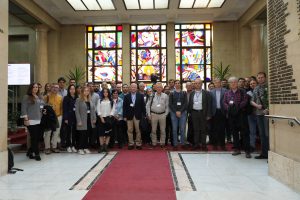 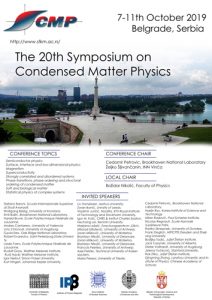